Jackson is your Season 37 Champion!

With Boston and Little Rock dominating the Regular Season, not many gave much thought to the #3 seed Jackson going into the playoffs; however, anything can happen in the playoffs and you can never count anyone out!   Jackson advanced in the first round of the playoffs against Fargo and then swept the team with the best record in the AL, Little Rock, in the Divisional Round, before topping fellow underdog Salem in the ALCS four games to one.  The had a lot of momentum going to the World Series, but still needed seven games to top the NL's #2 seed, Oklahoma City to take the crown.  The offense was led by Andres Alou who hit .405 with 7 HR in the playoffs and David Martin who hit .365 while crushing 9 HR during the postseason.  Jimmie Hartman anchored the pitching staff getting 8 starts in the playoffs, posting a clutch 2.02 ERA and striking out 38 in 49 IP.  Congrats to Jackson on merritr on their first Cobbfather championship!

See you back soon for blog coverage for Season 38!
Posted by a-log at 1:14 PM No comments:

Here's who captured the individual hardware in Season 37!

MOST VALUABLE PLAYER
American League - Raul Galvez, Boston - .324 AVG 49 HR 150 RBI 18 SB
The big Free Agent acquisition from last season for Boston, Galvez suffered a spring training injury which cost him the first part of the season.  He was back in full force in Season 37, playing all 162 games, leading the AL in RBI, Hits and Slugging, being named all All-Star starter, his 5th All-Star appearance, and winning his 6th Silver Slugger and 1st Gold Glove.  Oh yeah, he also led Boston to it's first #1 overall ranking.  He truly did it all this season.  It should be noted this Galvez's 2nd MVP trophy, also having won in Season 34.

National League - Haywood Swann, Nashville - .325 AVG 45 HR 140 RBI 24 SB
Swann picked up his 2nd consecutive MVP award with another outstanding season.  He also made his 4th All-Star appearance, won his 2nd Silver Slugger Award and led the NL in Average, RBI, OBP, Slugging and OPS.  He missed the Triple Crown by 3 Home Runs.  No doubt Swann is one of the most feared sluggers in all of Cobbfather, and we expect him to keep adding to his trophy collection in future seasons.

CY YOUNG AWARD
American League - Braeden Abercrombie, Little Rock - 24-4 2.17 ERA 199 K
Abercrombie has always been touted as one of the top rated pitchers in Cobbfather; however, he never had that spectacular season to earn him the hardware to back it up, until Season 37.  Abercrombie led the AL in Wins, and tied for the lead in Shutouts.  He also made his 5th All-Star appearance in Season 37.   Finally landing on a loaded team like Little Rock has enabled him to claim his 1st Cy Young Award at age 33, an accomplishment we definitely expected him to achieve.

National League - Sherman Berkman, Portland - 16-8 1.78 ERA 227 K
Berkman won the NL Cy Young, his first, leading the NL in ERA and WHIP, with an outstanding strikeout total to boot.  He also made his first All-Star appearance this season.  The young hard-throwing lefty should have a bright future ahead of him, as his ratings are nearly flawless.  More seasons to come mirroring his Season 37 performance would not be a surprise at all.

ROOKIE OF THE YEAR
American League - Humberto Zurbaran, Fargo - 17-9 3.26 ERA 217 K
The hard throwing righty out of the Dominican burst onto the scene in Season 37, posting excellent numbers for Fargo and claiming the AL Rookie of the Year award.  After spending four season at AAA for Little Rock, he was dealt to Fargo this preseason, as there wasn't a spot for him on the Little Rock roster.  He showed he can hang at the Major League level, despite occasional control issues.

National League - Braulio Pelaez, Tampa Bay - 13-7 3.53 ERA 117 K
An international talent won the NL Rookie of the Year award as well.  Pelaez, a hard throwing lefty out of Venezuela put up some nice numbers in his rookie campaign.  He is also a product of the Little Rock franchise who toiled away for several seasons in AAA, like his AL counterpart.  It took two trades in Season 37, but he finally got his opportunity on a Major League roster and cashed in to take home Rookie of the Year as part of Tampa Bay rotation.

National League
Posted by a-log at 1:00 PM No comments: 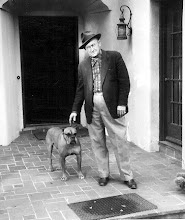 "I had to fight all my life to survive. They were all against me... but I beat the bastards and left them in the ditch." - Ty Cobb